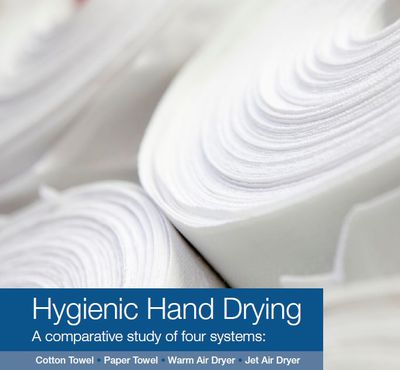 The Hjelt Institute of Hygiene and Microbiology (University of Helsinki) studied the effectiveness of four common hand-drying systems in terms of hand hygiene.

The results of the study are clear: 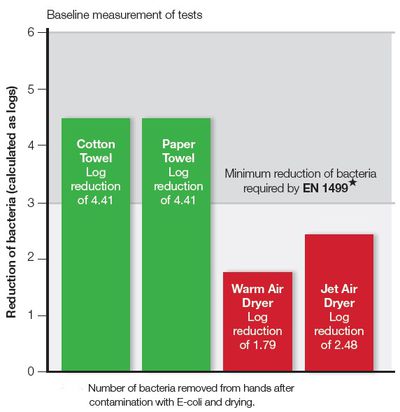 The baseline measurement is the level of bacteria on the hands after they were contaminated and before they were dried.

Hand hygiene is the single most important measure to reduce the burden of healthcare-associated infections.

Crucially, as the transmission of bacteria is more likely to occur from wet skin than from dry skin, the proper drying of hands after washing is an essential component of hand hygiene. Wet hands that touch a surface will contaminate a clean surface - or be contaminated by a dirty one - more quickly than properly dried hands.

Therefore, once effectively dried, the risk of re-contamination of hands is hugely reduced.

Some facts about hand hygiene

In everyday life, however, we know that:

The surfaces of cotton towel dispensers carry significantly less risk of contamination for wet hands than the surfaces of jet air dryers. 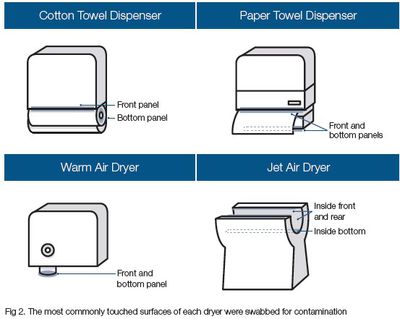 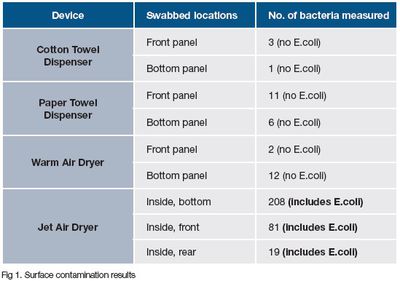 The study was carried out according to the European standard EN 1499: Chemical disinfectants and antiseptics - Hygienic handwash - Test method and requirements (phase 2/step2), April 2013. 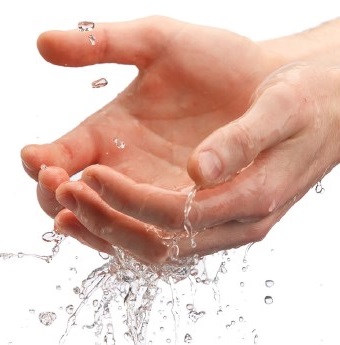 Cotton towels lead to a better air quality in the washroom than air dryers. 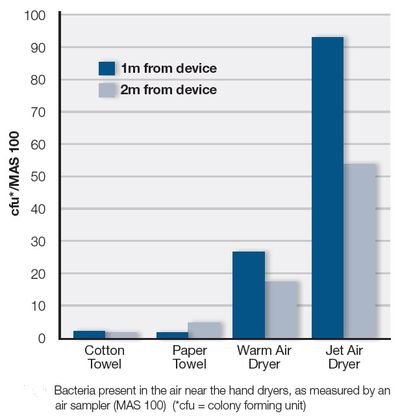 Read more on bacteria in the air

Tests to quantify the number of bacteria in the air in the vicinity of the air dryers show the following crosscontamination effect:

The contents of this page are based on the Comparative study of four drying methods: cotton towels, paper towels, jet air dryer and warm air dryer - A research report of the Hjelt Institute of Hygiene and Microbiology of the University of Helsinki. Kirsi Laitinen, PhD.