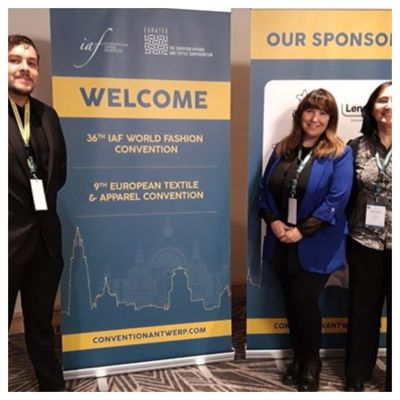 On 9 November, the members of the ETSA Secretariat had the privilege of attending the Antwerp Convention which was hosted by EURATEX. This has been the first such convention in two years and the first following the COVID-19 pandemic. The event was an excellent opportunity for not only ETSA, but every organization with which it interacted. The event opened with an introductory speech by both  the EURATEX President, Mr Alberto Paccanelli and Thierry Breton the European Commissioner for the internal market, who is instrumental in the coming EU Textile Strategy and the new industrial strategy for Europe.

The convention featured a series of workshops and discussions on a litany of topics relevant to the textile care industry. Key themes, including those relating to the Circular Economy and the future of textile waste were discussed with an emphasis on technological  innovation and incremental, science based solutions. 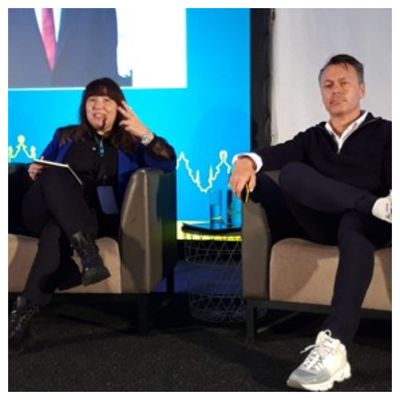 ETSA Secretary General, Elena Lai had the opportunity to host a discussion which was focused on the future of skills in the textile industry. During this workshop, Ms Lai interviewed Roger Gerards, Director of the Master Tailor Institute in Amsterdam. During their discussion and Mr Gerards subsequent presentation, the two discussed the best ways in which they can both upskill and reskill workers in the textile care sector. Elena Lai put an emphasis on attracting younger people into the textile care sector, by placing more emphasis on vocational education and the cultivation of skills from learned and seasoned experts. Mr Gerard agreed that more had to be done to pass specialized textile repair and construction skills onto a new generation.

Skills are obviously a hot-button for the EU, not only with respect to tackling the current "brain drain" affecting many regions throughout Europe, but also due to the rise of automation and the need to upskill workers in order to remain competitive in the global job market. It was great that ETSA was able to not only underline this point during the Antwerp conference, but was also able to emphasize the EU funded project "Educate!" which ETSA has been involved in with its valued partners, help serve this goal.

There were further discussions on EU-Turkey relations, corporate social sustainability, chemical policy as well as the future of energy in Europe in light of the "fit for 55" plan to reduce emissions in the next eight years. The bottom line is  that worldwide, governments are expecting our industry to do even more. We must proactive and work with all elements of the textile value chain. ETSA Secretariat also had the opportunity to attend a workshop where the nuances of EU funded projects were discussed. This includes not only how to procure funding but also in what specific niches can expect an increased emphasis from the part of the European Commission. ETSA will be sure to disseminate information on EU funded projects relevant to the textile service industry through its various communication tools including the ETSA Snapshot and the  ETSA Newsletter.

As the conference closed, EURATEX Director-General Dirk Vantyghem, had some fitting closing words, when he praised the textile industry for its constant strive toward innovation in a variety of disciplines. However he underscored the need for continued and deepened resolve as textiles will be at the centre of many incoming European and indeed global policies.