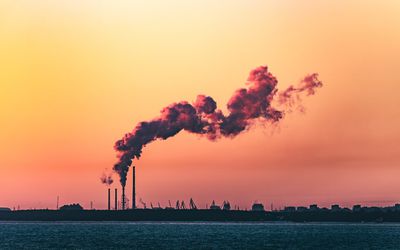 In the early hours of this morning , the European Parliament and Council came to a provisional agreement on the new European Climate Law. It took 14 hours of negotiations to come to a finalized agreement which was welcomed especially by Parliament's negotiator of this important deal, Ms Jytte Guteland MEP.

This is a crucial legislative outcome that will have an impact on all ETSA companies in the near future (2030), both large companies and small to medium-sized enterprises.

By  2030, greenhouses emissions will have to be reduced by 57% with the eventual aim for the EU to become completely carbon neutral by 2050.

As you well know, the European Parliament had already expressed its position in October, but it took 6 months of thorough negotiations to reach this achievement with the dedicated involvement of both the German Presidency of the EU, followed by the Portuguese currently in power.

What the Parliament ensured in this deal should not be minimized:

In addition, Parliament  clarified  that "assessment tools" will have to be implemented, as it is not possible to just set targets without evaluating how to reach them and/or fulfil them.

If we look at it from a global perspective, it will be the first time the EU participates at the coming climate summit with something politically very substantial in this field. So SUBSTANTIAL, that many politicians in the EU bubble today highlighted the start of a new era, where the relationship EU-US on this specific topic,  will also become more synergetic on climate change.

Whilst the  intentions are all excellent, the EU and its Member States cannot ignore that since 1990 "carbon emissions" have only been reduced by 25%[1]. In other words, we can envisage very strong efforts to match the 57% emissions reduction in only 9 years.

According to a report by Zero Waste Europe: "​Numerous EU countries did not report any data on WTE emissions (Austria, France, Germany, Lithuania, Netherlands, Poland and Slovakia) ​or reported only the fossil part of their emissions​ (Portugal and the United Kingdom)." [2]

Clearly, there is a long way to go and as an association, we cannot close our eyes and we should engage offering our best practices, participate to the discussion and where possible, find good solutions. More legislation is indeed around the corner and the Commission is expected to launch a new package come early June.

ETSA is ready to be vigilant and to help you into this journey. We trust this will be great material for discussions in potential webinars and NAs meetings as well as with ETSA members of the WG Laundry, Technology and Environment to be soon announced.